Hello, crafting friends!
I couldn’t help but notice it was the 25th the day before yesterday, and that brought to mind another month where the 25th is a major celebration! I tried to imagine what it might feel like to be cold and this card was the result: 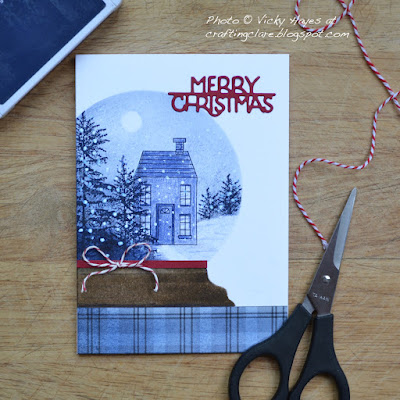 I hadn’t used this Snow Globe stencil from Funky Fossil before and I’m already thinking of other scenes I can fill it with! For this one, I taped the snow globe part of the stencil over a card base and covered up the base section. Inside the globe, I stamped one of the houses from an old Stampin’ Up set called Holiday Home. This was covered with another house I stamped on a sticky note and cut out. I also cut a little circle out with a circle punch and placed it in the sky area. 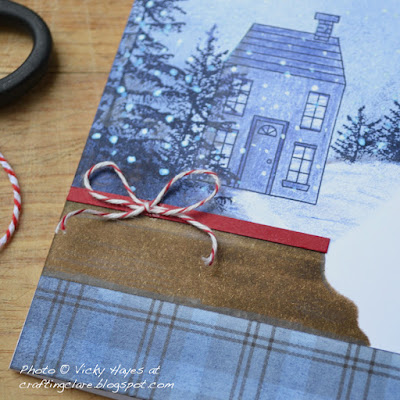 While the masks were in position, I used a fir from Inkylicious to create a woodland scene around the house and then sponged navy ink into the sky and, with increased pressure at the base of the trees. When the bits of sticky note were removed, a moonlit scene was revealed! I used a navy coloured pencil to colour the house and add detail to the snow and added snow with a Posca acrylic paint pen. 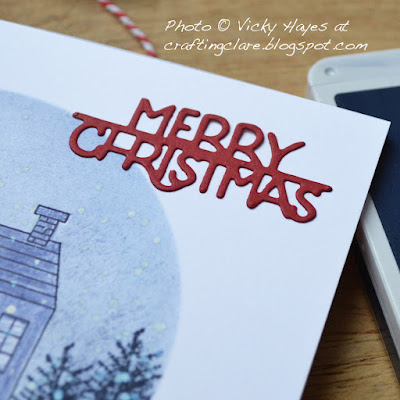 Once that was dry I was able to position the base of the globe and stencil it in. I grounded my globe with a strip of neutral plaid paper that I sponged with the same navy ink. The card was finished with a die cut sentiment from Tonic Studios, a strip of red card and a bakers twine bow.
CHALLENGES
I’m linking this card up at Happy Little Stampers Christmas challenge where the optional theme is Snow Globe; also Addicted to Stamps and More where the challenge cycle has come round to Christmas; I’m also joining in with Rudolph Day where we make a Christmas card on the 25th of each month 🙂 I’m also linking up with The Snippets Playground – I used a scrap of plaid DSP and, from my snippets box, a tiny strip of red card, a left-over bow and a sentiment cut from a small off-cut of the same red card. 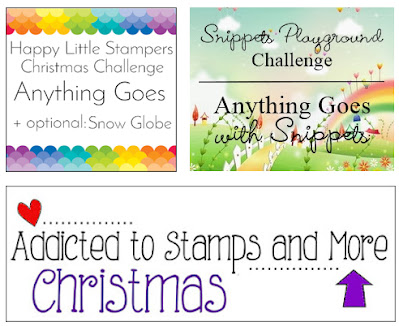 AND IN OTHER NEWS
You know that weird feeling you get sometimes, when you can’t shake the feeling that someone is watching you?
And then you turn round and… 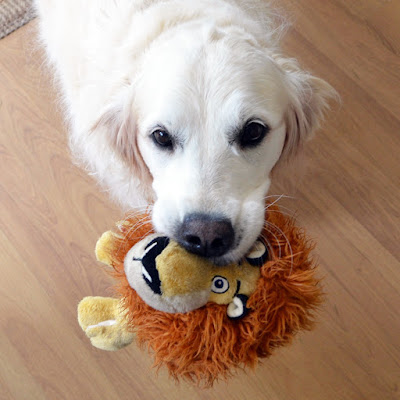 Anger is an acid that can do more harm to the vessel in which it is stored than to anything on which it is poured.
Mark Twain